We know as PHENOLOGICAL STATES the states for what a plant goes through its annual cycle. In phenology, its external elements such as buds, flowers or fruits are observed.

1.- Sprouting, emergence of the spring bud.

The growth of all plants occurs from the appearance of the buds. When a bud begins its growth, a bud is formed in which new leaves appear and at the same time new buds on the new stem.

In the case of the olive tree, sprouting begins at the end of winter and in this phase the buds will change to buds of two types, vegetative buds and flower buds, which form floral clusters. 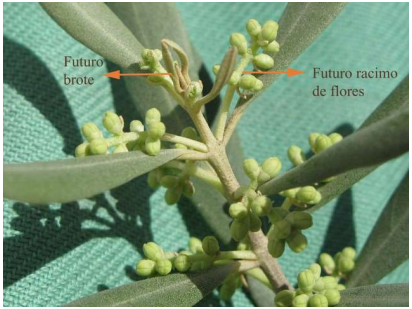 This stage is one of the key stages, through which the olive tree passes in its annual cycle. In this stage the olive tree, like any plant of sexual reproduction, shows a great amount of flowers whose objective is to be fertilized thus becoming new fruits.

Flowering can be seen in mid-May and its duration will not be more than a week, although it must be borne in mind that since the first flower opens up to the last one, it may take more than three weeks. In the end there will be very few flowers that will be fertilized and become fruits. In an estimated calculation, it will be about one or two percent, but in any case they will be enough to offer us a good amount of olives every year.

Once the flowering is over, they are released from their petals when fertilized and thus begins the beginning of a new olive. This stage is also called curd. During fruit set, a fall occurs, made naturally by the tree, leaving only those fruits that will be able to feed.

This serves for the plant to ensure the balance between survival and reproduction. 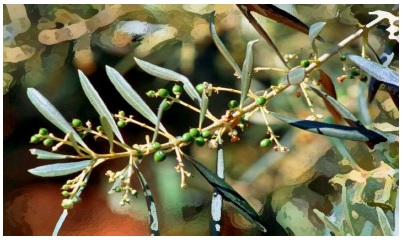 The fruit bone begins to harden, until it reaches a definitive size and an intense green color, and will accumulate reserves until it reaches maturity. This stage is very hard for the olive tree, since they must face the lack of water and high temperatures. To save water, the olive closes its stomata, thus avoiding the evaporation that occurs in the leaves.

The stomata are the tiny openings that we find on the underside of the leaf, which are not visible to the naked eye and through which the tissues of the leaf are opened, thus circulating the water vapor necessary to carry out photosynthesis. With respect to the temperature, when it is high, the stomata close completely and the photosynthetic activity is greatly reduced. It is when the olive tree, let's say that for its activity, being the most active the first and the last hours of the day.

It is known as veraison to the stage in which the fruit changes color, finding at first some olives that will lose the green tone, changing to a yellowish or pink tone, until reaching an intense garnet or jet black tone. 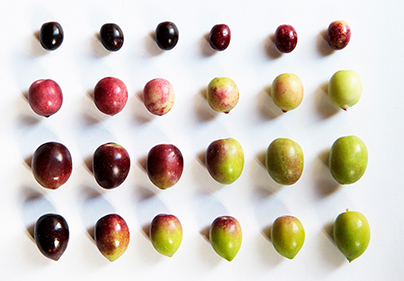 After the maturation begins, maturation begins, which is the final phase of a process that began with a bud giving rise to a flower that was fertilized, forming a new fruit that was thickening and forming a bone inside that will protect the seed. The flesh of that fruit was accumulating water and sugars and it is at the end of autumn and with the phase of veraison already complete, when the olive has accumulated all its oil. That's when the collection is done. 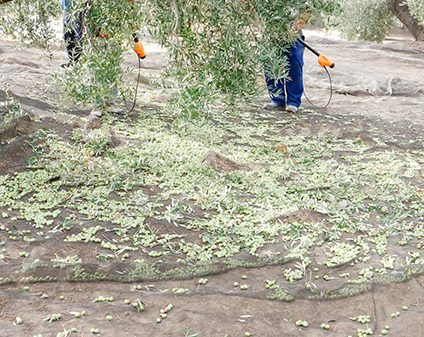